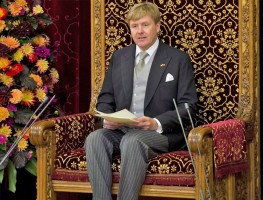 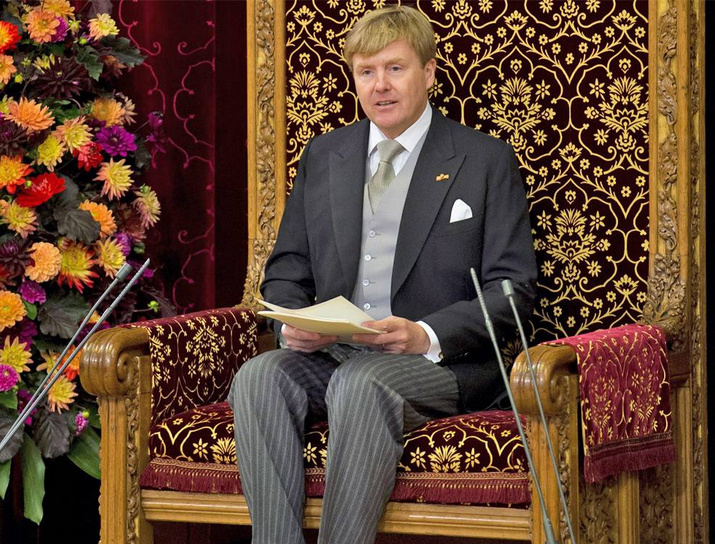 King Willem-Alexander delivered a message to the Dutch people from the government in a nationally televised address: the welfare state of the 20th century is gone.

In its place a «participation society» is emerging, in which people must take responsibility for their own future and create their own social and financial safety nets, with less help from the national government.

The king traveled past waving fans in an ornate horse-drawn carriage to the 13th-century Hall of Knights in The Hague for the monarch’s traditional annual address on the day the government presents its budget for the coming year. It was Willem-Alexander’s first appearance on the national stage since former Queen Beatrix abdicated in April and he ascended to the throne.

«The shift to a ‘participation society’ is especially visible in social security and long-term care,» the king said, reading out to lawmakers a speech written for him by Prime Minister Mark Rutte’s government.

«The classic welfare state of the second half of the 20th century in these areas in particular brought forth arrangements that are unsustainable in their current form.»

Rutte may be hoping that the pomp and ceremony surrounding the king and his popular wife, Queen Maxima, will provide a diversion from the gloomy reality of a budget full of unpopular new spending cuts he revealed later in the day.

A series of recent polls have shown that confidence in Rutte’s government is at record low levels, and that most Dutch people — along with labor unions, employers’ associations and many economists — believe the Cabinet’s austerity policies are at least partially to blame as the Dutch economy has worsened even as recoveries are underway in neighboring Germany, France and Britain.

After several consecutive years of government spending cuts, the Dutch economy is expected to have shrunk by more than 1 percent in 2013, and the agency is forecasting growth of just 0.5 percent next year.

«The necessary reforms take time and demand perseverance,» the king said. But they will «lay the basis for creating jobs and restoring confidence.»

Willem-Alexander said that nowadays, people expect and «want to make their own choices, to arrange their own lives, and take care of each other.»

The ‘participation society’ has been on its way for some time: benefits such as unemployment compensation and subsidies on health care have been regularly pruned for the past decade. The retirement age has been raised to 67.

The king said Tuesday some costs for the care of the elderly, for youth services, and for job retraining after layoffs will now be pushed back to the local level, in order to make them better tailored to local circumstances.

The king earns an annual salary of around 825,000 euros ($1.1 million), though maintaining the Royal House — castles, parades and all — costs the government more than 100 million euros annually.

A review of the government’s budget by the country’s independent analysis agency showed that the deficit will widen in 2014 to 3.3 percent of GDP despite the new spending cuts intended to reduce it.

Eurozone rules specify that countries must keep their deficit below 3 percent, and Rutte has been among the most prominent of European leaders, along with Germany’s Angela Merkel, in insisting that Southern European countries attempt to meet that target.

However, the government said Tuesday it has decided once and for all not to abandon the U.S.-led «Joint Strike Fighter» program to develop new military aircraft. The program has suffered cost overruns and created divisions within Rutte’s governing coalition.

A debate over the budget later this week will be crucial for the future of the coalition, as it does not command a majority in the upper house, and it must seek help from opposition parties to have the budget approved.

Challenged as to whether his Cabinet may be facing a crisis, Rutte insisted in an interview with national broadcaster NOS on Tuesday that he ultimately will find support for the budget.

«At crucial moments, the opposition is willing to do its share,» he said.